Meet Your Next Best Friend: Pálinka

Those who have experienced the heights of Budapest’s buzzing pub and bar scene will have most probably have come across the famous Budapest Party Bike on their wanderings, a fun excursion to be embarked upon for those with adventure in their souls. The initiated in Hungarian drinking culture will also likely have encountered the delights of the Pálinka, a local treasure that is not to be missed for connoisseurs in the unique and particular tastes that Central Europe has to offer.

Pálinka is a kind of brandy that is distilled from fruits such as apples, pears and plums (though it can be made from any locally-grown fruit), and it has a long history that dates back to King Charles I of Hungary, when it was used as a medicine. The drink that was derived from this was originally made from cereals such as rye or corn, though it has become fruitier in recent times. While it is to be found in European countries such as Poland, Slovakia and Romania, and sometimes with a slightly different spelling or pronunciation, it is said that the only true pálinka comes from Hungary, and as such it is protected under EU classifications to be the origin of four Hungarian regions.

The Pálinka is an important symbol of Magyar hospitality, and visitors to Hungary should expect to be offered servings of the drink as a gesture of friendship from new friends who are proud of their national drink. If it’s your first time then prepare yourself – pálinkas can be anything from 37% to 86% in alcohol content!

Types of pálinka include Barack, one that is made from apricots, Törköly, from grape pomace, Ó, a pálinka aged for at least a year, and Kisüsti, a double distilled pálinka. Pálinkas should be served at room temperature, because chilling can reduce the fragrance and flavours that the fruits produce. They are often taken as an aperitif, but they are also taken for any other reason that Hungarians can think of at the time!

The Pálinka is a fine Hungarian drink to indulge in the next time you get the chance, but probably left until after your next session of beerbiking! 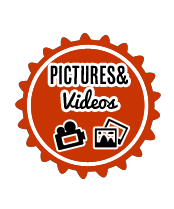 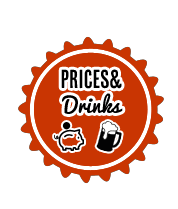 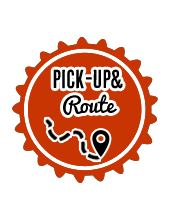